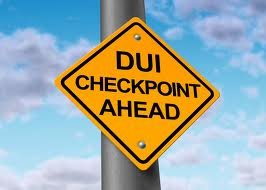 Each year, on Louisiana’s highways, numerous people are killed or seriously injured in automobile crashes that involve impaired drivers. Motorists are asked to designate a sober driver before traveling to any place where alcohol will be consumed. â€œDrive sober or get pulled over.â€

The consequences of drinking and driving can be costly no matter how many drinks you have consumed. The task of stopping impaired drivers is a joint effort of law enforcement agencies and the public. By never allowing an impaired driver to get behind the wheel of a vehicle and reporting dangerous drivers to law enforcement, the public can play an important role in the reduction of crashes caused by impaired drivers. Making poor decisions in a vehicle such as driving impaired, driving while distracted, or not wearing a seat belt leads to serious injuries and deaths every day across the state. Making the responsible decision can mean the difference between life and death.