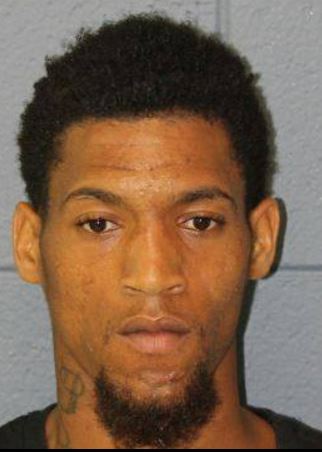 St. John Parish Sheriff’s Office detectives arrested Dale Young Jr., 22, of LaPlace following a shooting incident in Joe Parquet Circle in LaPlace on Monday, February 6, 2017. Young was charged with attempted second degree murder. He is being held in custody in lieu of a $300,000 bond.

On February 6, about 1:25 p.m., deputies responded to Joe Parquet Circle in LaPlace in reference to a male being shot. The suspect, later identified as Young, was captured on the housing complex’s surveillance video. Young was standing near a vehicle while the 38-year-old victim was inside the vehicle, sitting in a rear passenger seat. At one point, the victim exited the vehicle, and then Young produced a gun. Young began to shoot multiple times at the vehicle and the victim as the victim attempted to re-enter the vehicle. Young then fled the scene on foot.

Through investigation, detectives learned another passenger drove the victim in the same vehicle to a local hospital where he was treated for two gunshot wounds, one to the lower back and one to the upper buttocks. The victim was treated and released February 6.

Through further investigation, detectives identified Young as the suspect. Detectives located Young in the 100 block of Apricot Street and took him into custody. He was booked with attempted second degree murder. Young has been arrested more than 10 times in St. John the Baptist Parish since July 2013.