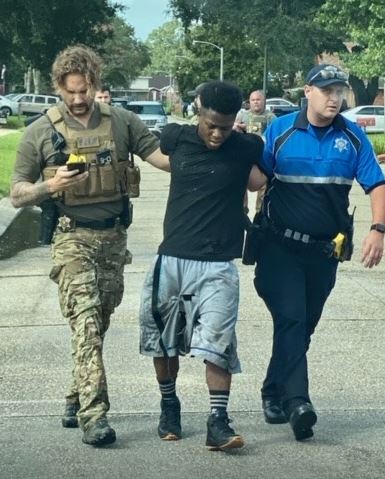 Geremy Lipps, 22, of Dallas, Texas was arrested after he fled from officers during a traffic stop in the early morning of July 8, 2020 in the 700 block of Belle Terre Boulevard in LaPlace.
About 3:30 a.m., officers were patrolling the Belle Terre area where they observed a 2007 Infiniti traveling northbound, swerving from the right lane to the shoulder of the roadway. When officers initiated a traffic stop, the driver, identified as Lipps, stopped, abandoned the vehicle, and fled on foot towards St. Andrew’s Boulevard and then Greenwood and Newport drives. A search began immediately in the Riverlands neighborhood. Lipps was captured in the 1700 block of Frisco Drive.
He has been charged with two counts resisting an officer by flight (misd) and illegal possession of stolen things ( felony).