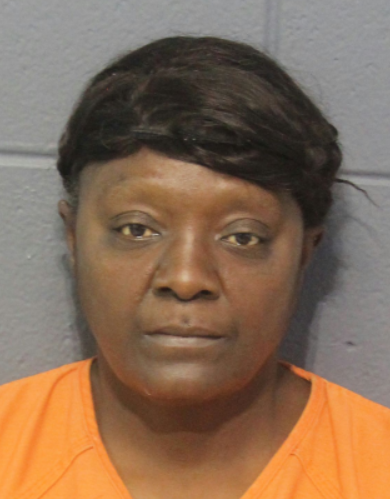 Tammy Davis, 54, of Metairie was arrested April 27, 2022 after stealing money from the elderly.

In March 2022, detectives began an investigation after receiving complaints that an female subject had been impersonating an Ochsner staff member and fraudulently obtaining money from elderly victims.

The victims reported that an unknown female subject dressed in medical scrubs, later identified as Davis, approached them at local grocery stores and began a conversation, telling them she worked for their doctor and asking the victims if they recognized her from their doctor’s office. She then lied to the victims, telling them her car had broken down in the parking lot of the stores, and she needed money to pay the wrecker service standing by. The victims gave the payment they believed was for the wrecker service. Davis then told the victims she would contact them and pay them back when she returned to work at the doctor’s office. Davis stole the money.

Through investigation and review of the stores’ video surveillance, officers developed Davis as the suspect. Based on investigation, a warrant was issued for Davis’ arrest. She was booked with two counts of theft- less than $1,000 (misd) and two counts of exploitation of the infirmed (felony). Upon her arrest, she was transferred to the Jefferson Parish Sheriff’s Office.

Davis has a history of illegal drug charges as well as exploitation of the infirmed, bank fraud, and theft.