LaPlace Man Arrested in Homicide of his Aunt 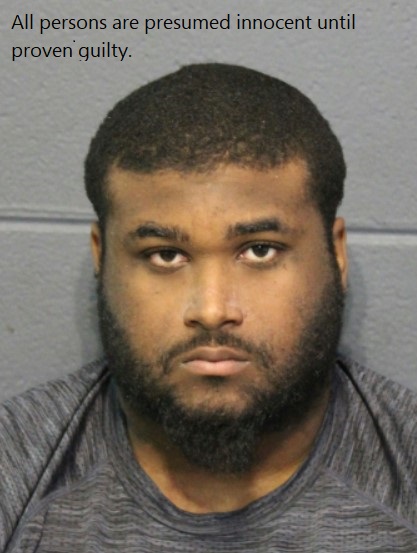 A LaPlace man was arrested January 10, 2023 in connection with the death of his aunt at their Janice Lane home in LaPlace.

Christian Robinson, 25, has been charged with second degree murder in the death of Suzanne Robinson, 57.

On January 10, 2023, about 11:30 a.m. deputies responded to Robinson’s residence in the 500 block of Janice Lane in reference to a disturbance. Upon arrival, officers entered the residence and observed a male subject identified as Christian Robinson standing with his foot on the throat of a woman, identified as his aunt Suzanne Robinson, in a bedroom. Officers ordered Robinson to remove his foot from her throat, but he refused all verbal commands. Officers then tased Robinson, causing him to remove his foot, and he was arrested. Officers then discovered Suzanne Robinson unresponsive. They immediately began medical aid, but Suzanne Robinson succumbed to her injuries.

Through investigation, officers learned that Suzanne Robinson and Christian Robinson, her nephew, got into a dispute ending with him standing on her throat, leading to her to death. He is being held in custody in lieu of a $500,000 bond.

Anyone with information about this incident is asked to call Capt. Brandon Barlow at 504-494-2674.

Terrance Robinson Arrested for Cruelty to Juveniles and Drug Charges

Terrance Robinson, 31, of LaPlace was arrested Friday, January 6, 2023, following a suspected drug overdose of an infant in his care.

On Thursday, January 5, 2023, about 12:45 a.m., deputies were called to a LaPlace hospital in reference to the possible overdose of a 1-year-old baby. Upon arrival at the hospital, deputies learned the baby’s mother was returning from work to her home in Hammond where she found the baby unresponsive with Robinson, identified as her boyfriend, in the family vehicle. Robinson drove the infant and the mother to the hospital. Shortly after, officers detained Robinson at the hospital. The infant is in stable but critical condition.

Through investigation, detectives observed suspected narcotics and a firearm in plain sight within the vehicle. Detectives later obtained a search warrant for the vehicle where a large amount of narcotics was located as well as the firearm.

Robinson was transferred January 6, 2023 to another law enforcement agency.