Andrew Brady is recipient of the 2013 LA Sheriff’s Scholarship 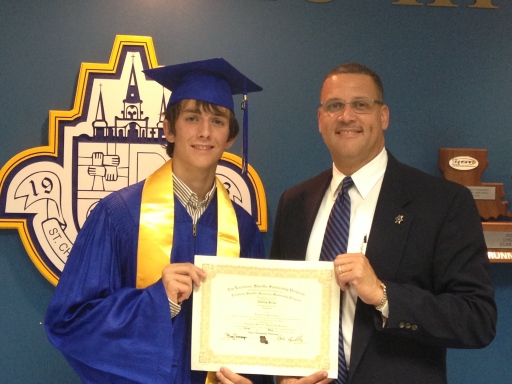 
Sheriff Mike Tregre announced that Andrew Brady of St. John the Baptist Parish has been named the recipient of the 2012-2013 academic scholarship from the Louisiana Sheriffs’ Scholarship Program. Andrew, a 2013 graduate of St. Charles Catholic High School plans to attend Louisiana Tech University in Ruston to pursue Chemical Engineering as his field of study.  He is the son of John and Elizabeth Brady of LaPlace, LA.


“Jalen Nicholas of West St. John High School and Nathan Triche of Riverside Academy were named as alternates so that in the event the recipient is unable to take advantage of the scholarship award, the alternate (first and/or second) can do so,” according to the Sheriff.

For further information regarding the Scholarship Program, click here or contact the St. John Parish Sheriff’s Office at  (985) 653-9513