On Tuesday, October 15, 2013, at 11:35 am, St. John the Baptist Parish Sheriff’s Office Narcotics Detectives responded to the 200 block of Central Avenue in Reserve for the report of illegal drug activity at an old warehouse. Detectives made contact with Adam Trosclair Jr., at the location. While talking with Trosclair, detectives saw several items used in making methamphetamine and 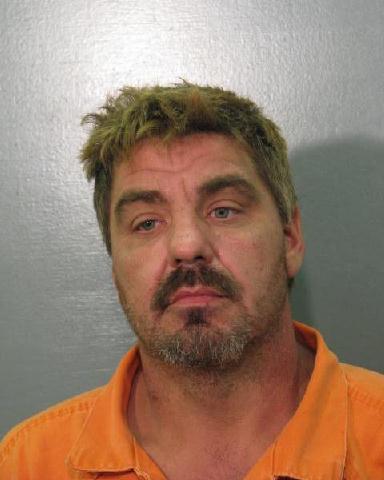 an active methamphetamine cook in progress. Because of potential hazards associated with active labs, a hazardous waste disposal company was called to neutralize and disassemble the lab.

Adam Trosclair Jr., 43, of Central Avenue in Reserve was arrested and booked with possession of drug paraphernalia, distribute/manufacture schedule II CDS, and create/operate a clandestine laboratory. He remains in custody in lieu of a $101,500 bond.

Trosclair was arrested 14 times in St. John the Baptist Parish since July, 1993.