Michael Dean selected as Officer of Quarter for 3rd Qtr 2013 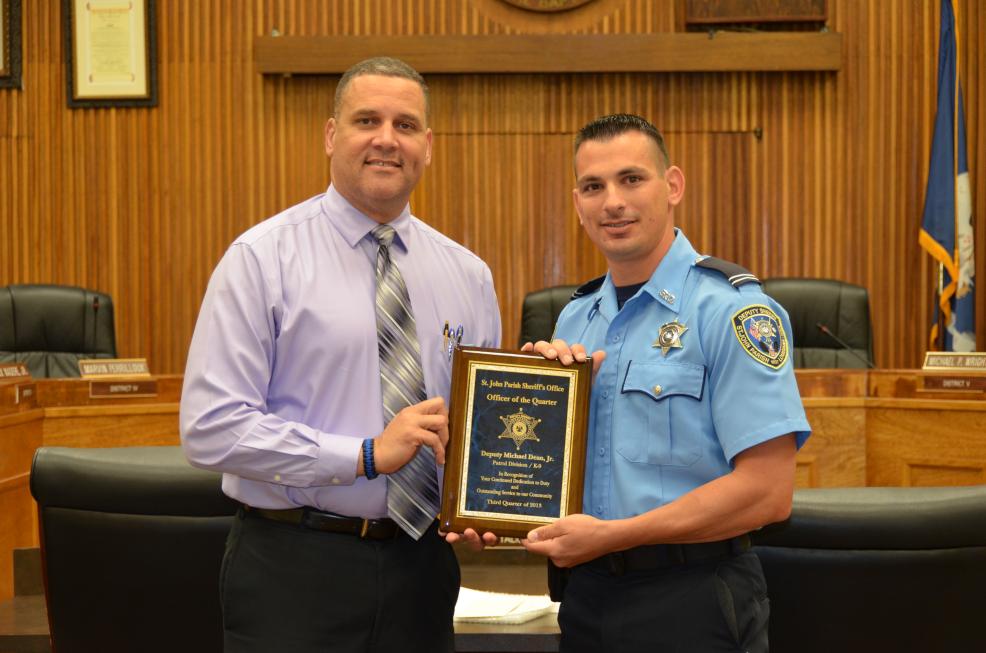 St. John the Baptist Parish Sheriff’s Office is pleased to announce Deputy Michael Dean has been selected for the “Officer of the Quarter” award for the 3rd quarter of 2013. He is shown recieving his award from Sheriff Mike Tregre.

Deputy Dean responded to a call of a 68yoa subject who was unresponsive and not breathing, and upon arrival immediately began to administer CPR. The subject was transported to a hospital and survived.

Deputy Dean also assisted in the apprehension of 2 armed robbery suspects and was instrumental in thier apprehension.

Deputy Dean has been with the St. John Sheriff’s Office for just over 1 year and is currently assigned to the Patrol Division along with his K9 partner Fox.