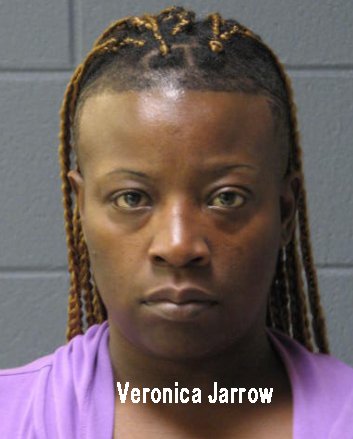 On Saturday, November 1, 2014, at 2:30 am, a St. John the Baptist Parish Sheriff’s Office deputy met with a 23-year-old Reserve woman at the Ochsner Health Center in LaPlace. Medical staff treated her for cuts, one on her forehead and one below her left eye.

The woman told the deputy that she was the victim of an aggravated battery. She was at Club Dreams on Highway LA 44 in Reserve, and during an argument with Veronica Jarrow, 34, of LaPlace, Jarrow cut her with a knife and fled the scene. The deputy spoke with witnesses who corroborated the victim’s statement. The deputy obtained a judicial court ordered arrest warrant for Veronica Jarrow for aggravated battery by cutting.