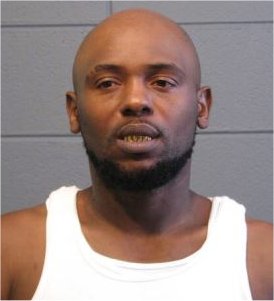 On Tuesday, January 6, 2015, at 12:37 pm, St. John the Baptist Parish Sheriff’s Office detectives with the assistance of the U.S. Marshalls Fugitive Task Force arrested Antonio Jones, 33, at a residence in the 100 block of Homewood Place in Reserve. Jones was arrested on a judicial court ordered arrest warrant in connection with the shooting that occurred December 30 in the 100 block of West 3rd Street in LaPlace.

Detectives booked Antonio Jones with aggravated battery with a dangerous weapon and illegal use of a weapon. He remains in custody in lieu of a $70,000 bond. Jones was arrested twelve times in St. John the Baptist Parish since January 1999.