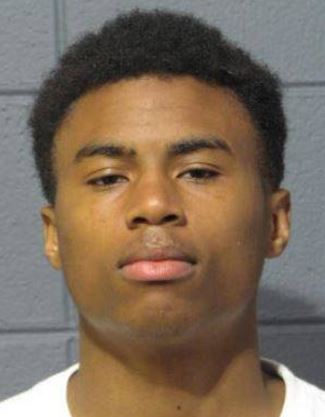 On Wednesday, April 6, 2016, at approximately 4:15 a.m., St. John the Baptist Parish Sheriff’s Office deputies arrested Dominik Johnson, 17, at his LaPlace home. Detectives wanted Johnson in connection with the armed robbery of a pizza delivery driver on February 27, 2016 on Hebert Drive and the armed robbery of a pizza delivery driver on August 29, 2015 on River Pointe Drive. Based on the findings and developments in both investigations, detectives obtained judicial court ordered arrest warrants for
Johnson for armed robbery with a firearm. Detectives booked Dominik Johnson with two counts of armed robbery with a firearm. He remains in custody in lieu of a $130,000 bond. Johnson also was arrested March 12, 2016 and booked with criminal trespassing, contributing to the delinquency of a juvenile, resisting an officer, illegal carrying of a firearm, and illegal carrying a firearm in a firearm free zone.