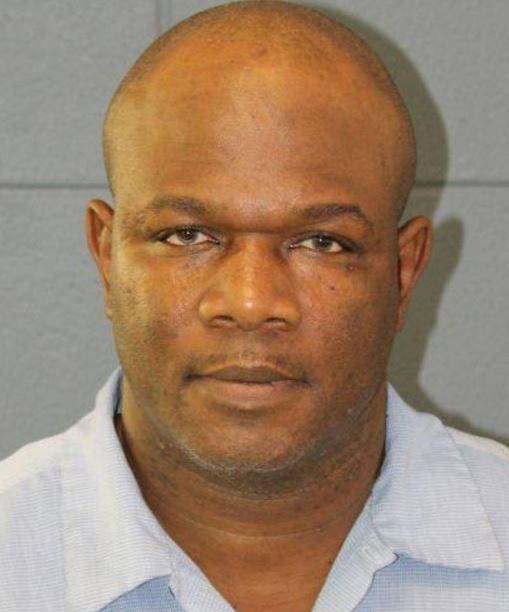 Bryant Daigre Sr., 49, of LaPlace was arrested Friday, January 20, 2017 when the SJSO Special Operations Division concluded an investigation of Daigre utilizing a St. John Parish-issued vehicle to distribute narcotics while on duty. At the time of his arrest, Daigre was found in possession of over an ounce of crack cocaine, about $1,400 in cash, and a digital scale that was concealed in a St. John Parish Public Works Department vehicle.

Detectives began investigating Daigre for illegal distribution of narcotics when they learned that he was utilizing a parish vehicle to distribute narcotics while on duty. Daigre was employed as a meter reader with the St. John Parish Public Works Department. During the course of the investigation, detectives obtained a court ordered search warrant and executed the warrant while conducting surveillance of Daigre. Detectives discovered crack cocaine in Daigre’s pocket and concealed in his hat. During a search of the parish vehicle, over an ounce of crack cocaine, a digital scale and a razor blade with cocaine residue and about $1,400 in cash were discovered.

Daigre was booked with possession with intent to distribute crack cocaine, possession or distribution of drug paraphernalia 1st offense, illegal carrying of a weapon with a controlled dangerous subject, and creation or operation of a clandestine laboratory for the unlawful manufacture of a controlled dangerous subject. He is being held in custody on lieu of a $126,500 bond.

â€œWe have been working closely with the Sheriff’s Office throughout the investigation and will continue to cooperate fully,â€ Parish President Natalie Robottom said. â€œI’m extremely disappointed in the actions of this individual as this type of behavior is unacceptable and will not be tolerated. It is not representative of the majority of parish employees. The investigation is ongoing, and the employee will be afforded his due process under the Civil Service guidelines.”