Best of the Best Honored by SJSO 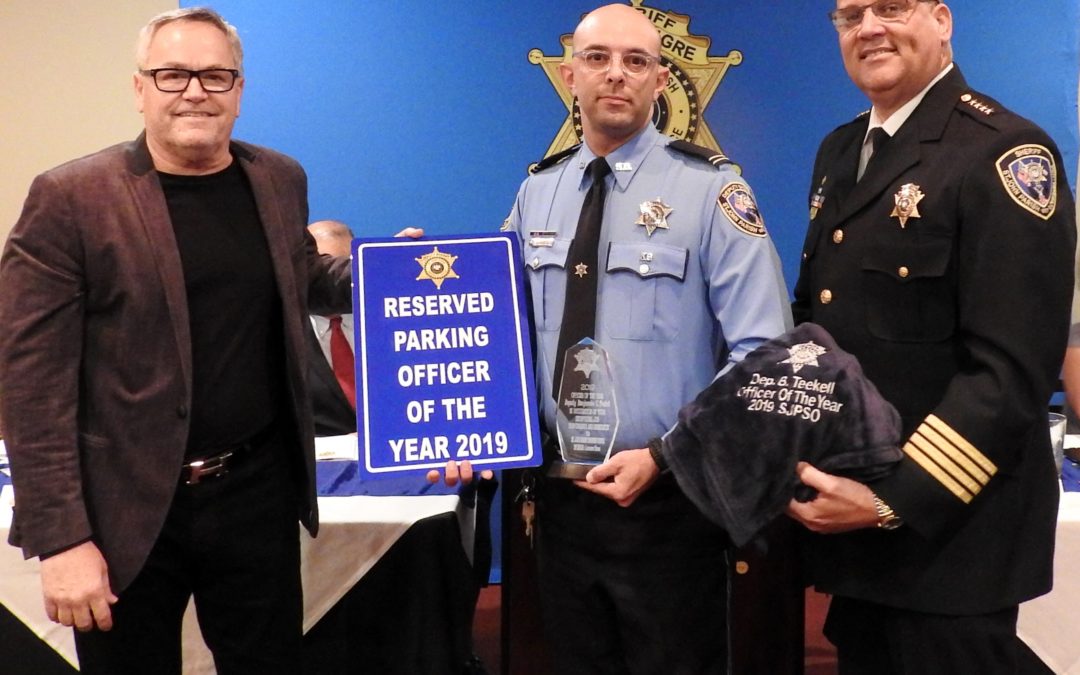 Deputy Benjamin Teekell was named 2019 Officer of the Year by the St. John Sheriff’s Office during the seventh annual Officer of the Year Awards Ceremony January 16 at Petra’s Restaurant in LaPlace. Deputy Teekell, a patrol officer, was honored for exhibiting patience, a kind demeanor, exceptional manner, and professionalism in helping a woman severely beaten April 24, 2019 in a domestic violence incident as well as efficient investigative work that led to the arrest and conviction of the perpetrator on several physical abuse charges and other charges. The perpetrator was recently sentenced to life in prison.  Deputy Teekell was presented the award by Joey Scontrino of Landcraft Homes, sponsor of the Officer the Year honor.
Several officers and their family members,elected officials, and other community members
attended the program that pays tribute to outstanding officers. These officers are recognized for
their dedication to public service, outstanding commitment to the community, excellent police work, and the commendable manner in which they perform their jobs. Sheriff Tregre works with several local businesses that provide sponsorships and contributions to award these outstanding officers.
State Sen. Gary Smith Jr. was the speaker.
Several officers were recognized with special awards.
The Distinguished Service Award was presented to Sgt. Chris Crawford, Deputy Benjamin Teekell and Deputy Robenson Thelemaque.
Officers of Quarter were recognized. They are Deputy Morris Sarah, Deputy Benjamin Teekell, Sgt. Chris Crawford and Deputy Raymond Breaux.

The Humanitarian Award was presented to Noah Bailey for his quick response and kind action in helping a family involved in an accident on the night of August 23.