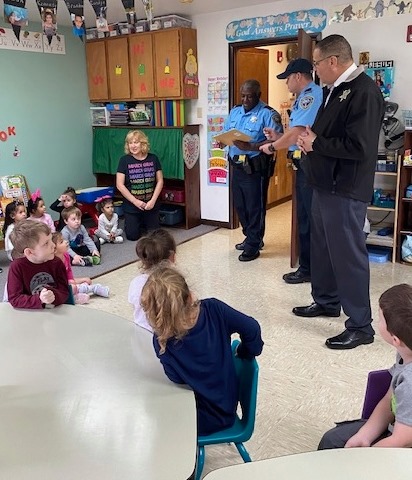 As part of their study of the letter S, students at St. Timothy’s Preschool in LaPlace recently welcomed Sheriff Mike Tregre to their class.
Sheriff Tregre, along with Officers Michael Harris, Michael Whitcomb and Darlene Cooper, also talked to the children about parade safety. The sheriff and officers told the children to stay close to their parents at parades. If they get lost at a parade, they should try to find a police officer or go to another parent with children for help. They also told the children to never run after a float, never run after throws and never fight over throws.