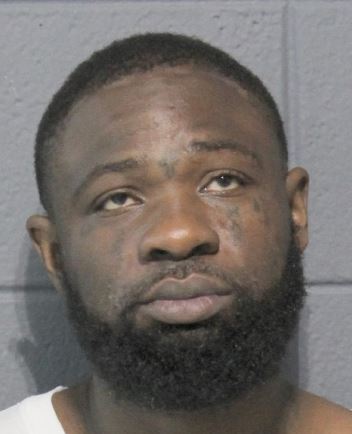 Olonzo “Monk” Narcisse, 33, of LaPlace, a convicted felon, was arrested February 14, 2020 by La. State Police after a traffic stop.
About 2 p.m. on February 14, 2020, troopers observed a Nissan Altima traveling northbound at a high rate of speed (62 mph in a 45 mph zone) on Airline Highway near Elm Street in LaPlace. Troopers initiated a traffic stop and observed a handgun on the front passenger floor board. Through a computer inquiry, officers learned the driver, identified as Narcisse, was on parole for a felony conviction of possession with intent to distribute CDS. His driver’s license also was suspended.
Narcisse was charged with possession of a firearm/carrying concealed weapon by a convicted felon (felony), speeding, and operating vehicle with suspended license; no license issued. He also was placed on a parole hold for La. Probation and Parole. He is being held in custody in lieu of a $25,750 bond.
Since 2005, Narcisse has been arrested 40 times for various charges such as illegal drug and firearm violations, attempted murder and aggravated assault in St. John Parish.