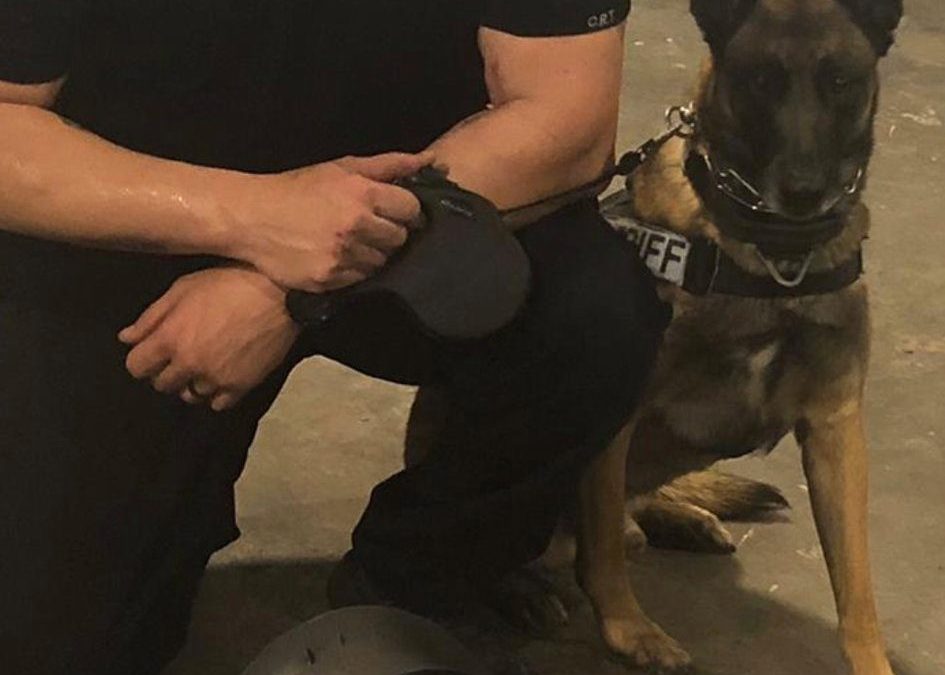 Omar Lopez, 25, and Roxana Morales, 28, both of Houston, Texas were arrested February 10, 2020 after a traffic stop in which St. John Parish Sheriff’s Office K9, Titus, alerted officers to illegal narcotics inside a spare tire of their vehicle.
On February 10, 2020, about 2:25 p.m., the St. John Parish Sheriff’s Office Crime Reduction Team was on pro-active patrol in the area of Interstate 10 westbound near the 208 mile marker in LaPlace. Officers observed a 2006 Ford F-150 following other vehicles too closely. When the driver noticed the police unit, he jammed the brakes. Officers then initiated a traffic stop. The driver who identified himself as Lopez did not have a driver’s license. The passenger was identified as Morales.
Officers then observed evidence of illegal narcotics possession and use within the vehicle. Both individuals were detained. Officers collected marijuana and a smashed pipe on scene.
Due to safety concerns with the large volume of traffic on I-10, the vehicle was towed to the SJSO Special Operations Division. Based on investigation, officers obtained and executed a search and seizure warrant. K9 officers and partner, Titus, positively alerted officers to the presence of illegal narcotics within the vehicle. Searching the inside of a spare tire, officers found two black packages taped to the inside. The packages contained about four pounds of crystal-methamphetamine.
Lopez was charged with possession of marijuana 1st offense (misd); possession or distribution of drug paraphernalia 1st offense (misd), no driver’s license on person; possession with intent to distribute schedule II CDS; and following vehicles. He is being held in custody in lieu of a $103,750 bond.
Morales was booked with possession with intent to distribute schedule II CDS. She is being held in custody in lieu of a $100,000 bond.