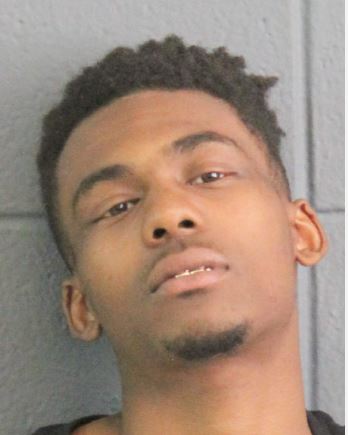 Cardan Davis, 24, of LaPlace, was arrested February 27, 2020 for illegal drug activity and illegal gun possession in St. John Parish.
Through investigation, detectives with the St. John Sheriff’s Office Special Operations Division learned Davis was selling illegal narcotics from a local hotel. Detectives also were aware that Davis had several active warrants for his arrest stemming from other major investigations last year including possession and distribution of methamphetamines, illegal possession of a stolen firearm and possession with intent to distribute heroin.
Recently, detectives began conducting surveillance at the hotel. Based on information that was collected, detectives made contact with Davis on February 27 and placed him under arrest. Officers also located a digital scale on his person. A search warrant was executed, and officers located a Keltec pistol with a 30 round magazine and Ecstasy pills in the hotel room.
Davis was arrested for three felony contempt of court warrants, three misdemeanor contempt of court warrants as well as an active warrant for possession of a schedule II CDS. In addition, Davis was charged with possession or distribution of drug paraphernalia 1st offense (misd), possession of MDMA (felony), and illegal carrying of weapon: use weapon/violent crime or CDS (felony).
Davis is being held in custody in lieu of a $59,558.50. Davis has been arrested 10 times since 2014 in St. John Parish.