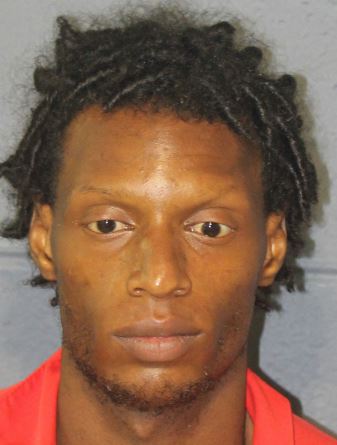 Terrell Bellvie, 27, of New Orleans is in custody after he fled on foot from a traffic stop June 28, 2020 in LaPlace.
About 8 a.m., State Police observed the suspect speeding on I-10, near the Belle Terre Boulevard exit and initiated a traffic stop. Officers arrested Bellvie, but he escaped after they handcuffed him and ran into a wooded area.
A search, which included a helicopter hovering the area, began immediately in the woods north of the Belle Terre area, including St. Andrew Estates, River Oaks, Oak Point, Canterberry and Country Club north of St. Andrew’s in LaPlace.
Bellvie was captured near the Belle Terre ramp about 4 p.m. He was booked with possession with intent to distribute cocaine (felony), possession with intent to distribute MDMA (felony), maximum speed limit, conspiracy to bring contraband in a penal institution, driver must be licensed, misrepresentation in issuance of misdemeanor summons/prep. Juv. Cus. Agr,. (misd), resisting an officer (misd), theft – less than $1,000 (misd) possession of a firearm/carrying a concealed weapon by convicted felon (felony) and illegal carrying of a weapon with CDS – 14:95E.