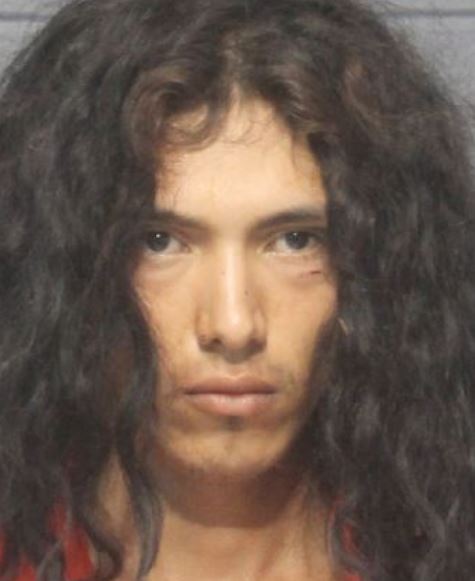 Oscar Urias, 23, was arrested after he killed his 31-year-old girlfriend, and her 15-year-old sister and attacked his 17-year-old sister and 15-year-old brother with two knives.
The attacks occurred October 25, 2020, about 4:30 p.m., at a residence on Fairway Drive in LaPlace Urias was renting with his girlfriend and at a
esidence on North Sugar Ridge in LaPlace. Urias and his girlfriend and her sister had lived at the Fairway Drive house for about a month.
Urias’ girlfriend, Elizabeth Tornabene, 31, was attacked at the residence in the 1800 block of Fairway Drive. She died at University Hospital. Elizabeth’s 15-
year-old sister who fled from the house was killed at a residence in the 2400 block of North Sugar Drive. Urias also attacked his sister in the Fairway Drive residence. She is in serious condition at University Hospital. Urias’ 15-year-old brother who also fled the Fairway residence and attempted to save the 15-year-old girl, was treated and released.
Urias’ sister and brother, residents of Baton Rouge, were visiting Urias for the weekend.
Through investigation, officers learned Urias and the family members were talking in the living room, then Urias went into the bedroom. Elizabeth followed him. Shortly after, Urias, wearing a mask and wielding two knives, exited the bedroom with Elizabeth. Suddenly, he attacked Elizabeth and killed her. Urias then began stabbing his sister. As Elizabeth’s sister and Urias’ brother fled the house, Urias chased them and managed to capture Elizabeth’s sister, stabbing her in an open garage at a residence in the 2400 block of North Sugar Ridge.
Officers located Urias in the garage, ordered him to drop the knives, and he surrendered to police.
Urias was charged with two counts of first degree murder (felony) and two counts of attempted first degree murder. No bond has been set yet.
No motive is known at this time.