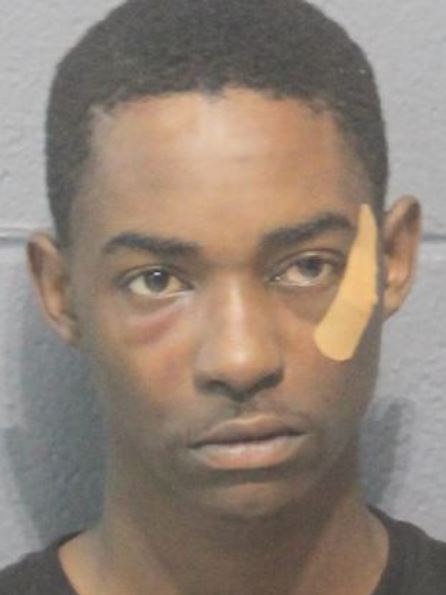 Nigel Lorenzo Anderson, 20, of LaPlace was arrested Saturday, November 21, 2020 after shooting his girlfriend’s vehicle.
On November 21, 2020, about 4:30 p.m., deputies responded to the 1900 block of Carrollwood Drive in LaPlace in reference to a shooting. Upon arrival, officers learned Anderson and his girlfriend were involved in a physical altercation when another male subject interfered in the altercation. Anderson and the male subject then began to fight. After the altercation between the male subjects, Anderson walked to a vehicle, retrieved an AR15 rifle and shot the girlfriend’s vehicle four times.
Anderson then fled the scene in the vehicle. Shortly after, Anderson was apprehended on Belle Terre Boulevard in LaPlace. Officers also observed through the opened passenger side door, an AR-15 rifle on the passenger floor board.No one was injured.
Anderson was booked with aggravated criminal damage to property (felony) and illegal use of weapons or dangerous instrumentalities. He was released November 22, 2020.