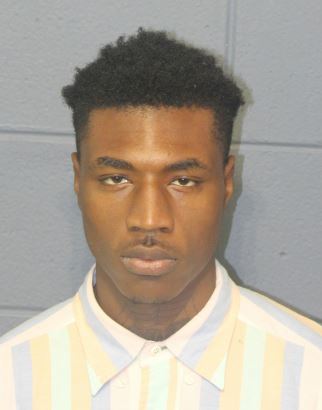 Kejuan Brown, 21, of LaPlace has been arrested for the murder of 21-year-old Nicholaus Paylor of Hester who was shot and killed October 24, 2020 in Reserve. Based on the investigation, detectives determined Brown to be the suspected shooter and obtained a judicial warrant for his arrest.
With assistance from the Orange Texas Police Department in Texas, Brown was arrested November 29, 2020 in Texas. On December 3, 2020, Brown was transported to the Sherman Walker Correctional Facility and booked with second degree murder. On October 24, 2020, officers responded to the 400 block of Northwest Second Street in Reserve in reference to a call of shots fired in the area. Upon arrival, officers discovered a vehicle still running with no one inside the vehicle. Officers canvassed the area, but, were unable to locate the driver. The next morning, Paylor’s body was found in a six-feet deep ditch, about 40 to 50 yards away from the vehicle. No motive is known at this time.
At this time, bond has not yet been set.