Traffic Stop Leads to Arrests of Subjects with Stolen Guns 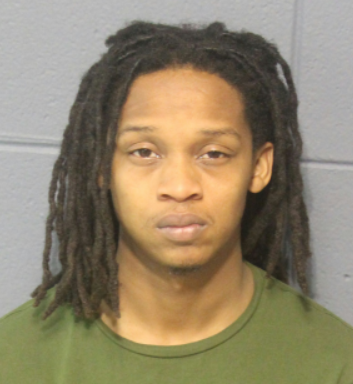 While on patrol, about 1:30 p.m., officers observed that a vehicle traveling north on Fir Street had an expired inspection sticker and turned onto West Fifth Street without using a turn signal. Officers proceeded to conduct a traffic stop at the intersection of Hemlock Street and West Airline Highway. The driver continued to travel onto West Airline Highway then stopped at West Airline Highway and Ormond Boulevard. Officers made contact with the driver, identified as Diamante Johnson, 22, who had an active warrant for contempt of court.

Officers observed the barrel of a handgun protruding from under the front passenger side seat. Officers also located another gun under the front driver’s side seat and marijuana residue. All subjects were then arrested.

Johnson was booked for two counts of illegal possession of stolen firearm and contributing to the delinquency of juveniles (misd). He also was wanted for contempt of court. Johnson was released February 15, 2022.

The guns recovered during this stop were reported stolen from unsecured vehicles in St. John Parish in early February. One of the 17-year-old males also was arrested in January 2022 in connection to a shooting incident in which three residences in the 100 block of Rosemary Court in LaPlace were damaged from gunshots.