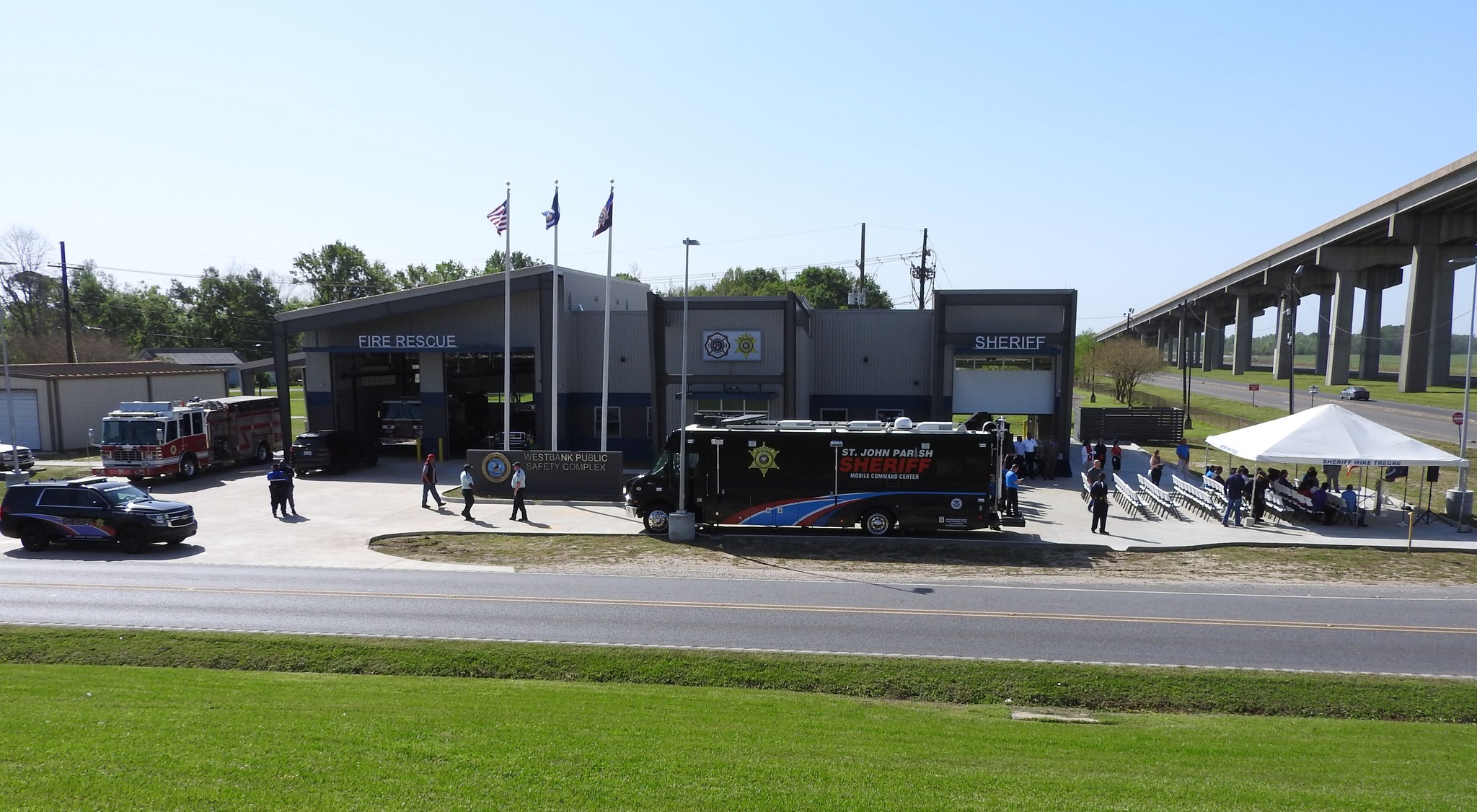 “I’m excited today to announce one of my campaign promises — to build a public safety complex on the west bank – has been fulfilled,” Sheriff Tregre said. “We had a few setbacks, but we’re finally here today to cut the ribbon on this beautiful building constructed to serve our west bank residents.”

Firefighters, officers and other government officials as well as community members also attended.

The $2 million complex, constructed at 5733 LA. 18 near the Wallace Fire Station, was a joint project between the St. John the Baptist Parish Sheriff’s Office and St. John Parish Office of Fire Services to consolidate emergency services into one building. The 6,000 square foot building features bays for housing trucks and equipment, a conference room, office and sleep quarters, as well as a reception area, day room, kitchen, restrooms and break area.

Additional features of the facility include covered parking for ambulance services, a climate-controlled apparatus bay for voting, a walking connection to the park, additional parking for events and backup generator power.

Sheriff Tregre said is excited to see a major project he envisioned in 2011 finally complete. Groundbreaking for the new complex was held in September 2019. Construction was delayed in November 2019 when an unmarked communications fiber line had to be relocated. In January 2020, construction stalled again because of the rising Mississippi River. Another setback occurred in August 2021 after Ida devastated the area, and later the furniture delivery was delayed. Fortunately, the building was able to withstand the hurricane.

“We now have a place that can serve to build a larger first responders team here as the economy and the residents increase on the west bank,” he said. “The Sheriff’s Office’s partnership with the Parish President and the Parish Council on this endeavor has saved money in both of our budgets while serving to meet the needs of the west bank for many years to come.”