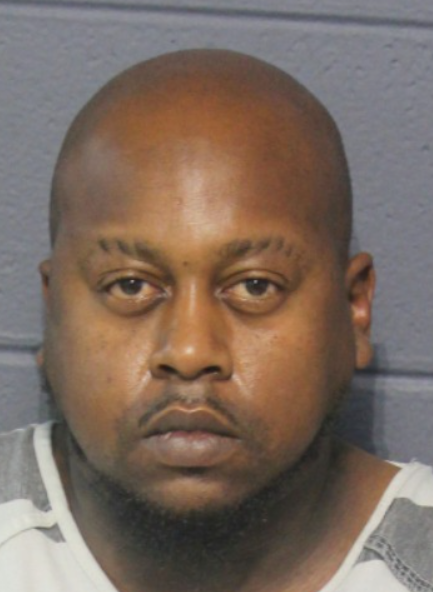 Lee Jardain Hart, 38, of Reserve faces several illegal drugs and weapons charges after a vehicle and foot pursuit through a Reserve neighborhood.

On Friday, April 29, 2022, about 12:15 a.m., patrol deputies conducted a traffic stop on a vehicle with illegally tinted windows in the parking lot of convenience store in the 3900 block of West Airline Highway in Reserve. The driver, later identified as Hart, stopped momentarily but then fled at a high speed in the vehicle from officers, traveling recklessly on West Airline Highway turning onto East 22nd, East 27th, Perrilloux and East 26th Streets.

Approaching East 25th Street, Hart jumped from the moving vehicle and fled on foot. The vehicle crashed into a mailbox then a tree. After a brief foot pursuit, officers detained Hart in the 100 block of East 26th Street.

During a search of the vehicle, deputies discovered several MDMA pills and marijuana in the vehicle, digital scales, more than $700 in cash, an AR-15 on the front passenger seat, ammunition and a handgun on the rear driver side seat. The AR-15 was reported stolen from St. John the Baptist Parish. Canvassing the area of the foot pursuit, officers located plastics bags of MDMA pills and plastic bags of cocaine he dropped onto the ground. A computer check also showed Hart was wanted on a contempt of court warrant and as a convicted felon, having been released on parole for narcotics charges.

By locking your vehicle and removing valuables, residents have a much better chance of not being a victim of vehicle burglary and theft, Sheriff Mike Tregre said.

Criminals look for easy targets and often attempt to burglarize unsecured vehicles. In many cases, thieves will simply go vehicle to vehicle in parking lots or neighborhoods, checking door handles for unlocked vehicles.