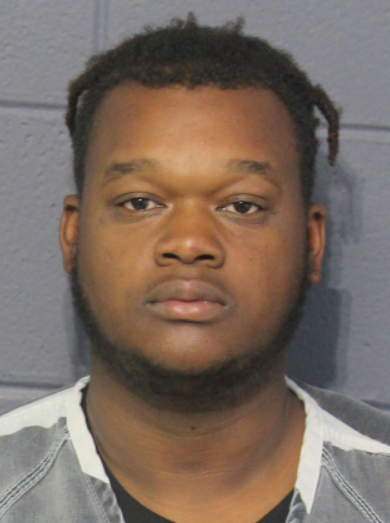 Sam Fourcha, 18, of Metairie faces several charges including attempted carjacking, burglary of a vehicle and aggravated flight from an officer after leading deputies on a vehicle pursuit on Interstate 10.

On Monday, May 2, 2022, about 1:15 a.m., officers responded to reports of a suspicious vehicle parked in the middle of Lakewood Drive in LaPlace with a male subject exiting and entering the vehicle, walking on the road, and pulling on door handles of vehicles.

Upon arrival in the Belle Terre Lakes area, officers observed the suspicious vehicle with no lights traveling slowly on Lakewood and West Lakeview drives. Officers attempted to conduct a traffic stop on a vehicle at the intersection of Lakewood and Fairway drives. The driver, later identified as Fourcha, came to a complete stop, before accelerating at high speed, west on Fairway Drive. Officers also observed the vehicle to have no visible licensed plate. The vehicle turned onto Belle Terre Boulevard and continued to accelerate in speed, and entered I-10 east toward New Orleans.

Fourcha led officers on a vehicle pursuit eastbound on I-10 then lost control and crashed into a guard rail at the St. John/St. Charles Parish border. Fourcha fled the vehicle on foot, running towards oncoming traffic. Officers observed Fourcha repeatedly pull on a passenger door handle of a vehicle stopped in traffic. Fourcha was unable to make entry due to the doors being locked, and the driver refusing to unlock the doors. As the suspect continued running toward oncoming traffic, officers detained him.

Officers also observed a handgun on the driver side floorboard of the vehicle, along with several electronic devices including cellphones, laptops and a game console.

“We thank the citizens who quickly called 911 to report this suspicious activity,” Sheriff Mike Tregre said. “Surveillance cameras in the neighborhood also helped us. These cameras appear to show Fourcha pulling on vehicle door handles.”

By locking your vehicle and removing valuables, residents have a much better chance of not being a victim of vehicle burglary and theft, Sheriff Mike Tregre said.

Criminals look for easy targets and often attempt to burglarize unsecured vehicles. In many cases, thieves will simply go vehicle to vehicle in parking lots or neighborhoods, checking door handles for unlocked vehicles.