Hookin’ and Reelin’ ’em In! 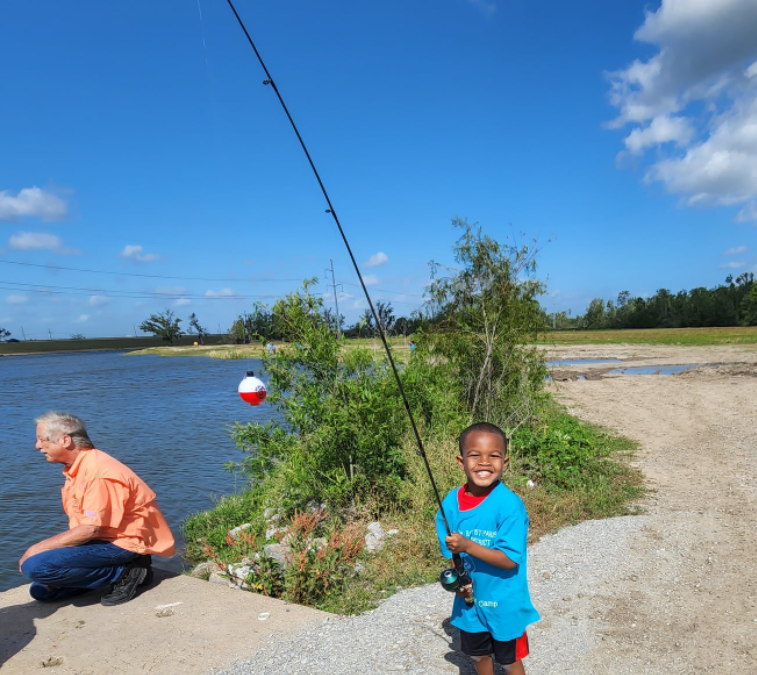 Sheriff Mike Tregre and several officers spent the Saturday morning of April 23, 2022 with more than 100 children, hookin’ and reelin’ ’em in at St. John Parish’s kids fishing camp in the Bonnet Carre Spillway near Norco.

The St. John Parish Sheriff’s Office hosted the event, and Sheriff Tregre and his officers were pleased to work with Gold Rod Fishing Club, Judge Sterling Snowdy, and other community volunteers and sponsors to present the fun event.

After having to cancel the event for the past two years because of rising water in the spillway as well as the COVID pandemic, the SJSO was excited about being able to present the event this year.

With pole and bait in hand, Sheriff Tregre and the officers led children in the fishing excursion held around the spillway’s boat launch. Officers helped children place worms and crickets on a hook, cast poles and offer other fishing tips.

First to catch a fish were Bailyn Wingate and Benjamin Brock. The most fish caught trophy was awarded to Ahnesty Marshall for the girls; and Andrew Murray for the boys.

Sheriff Tregre said the camp was a great outreach event, and a fun time was had by all.