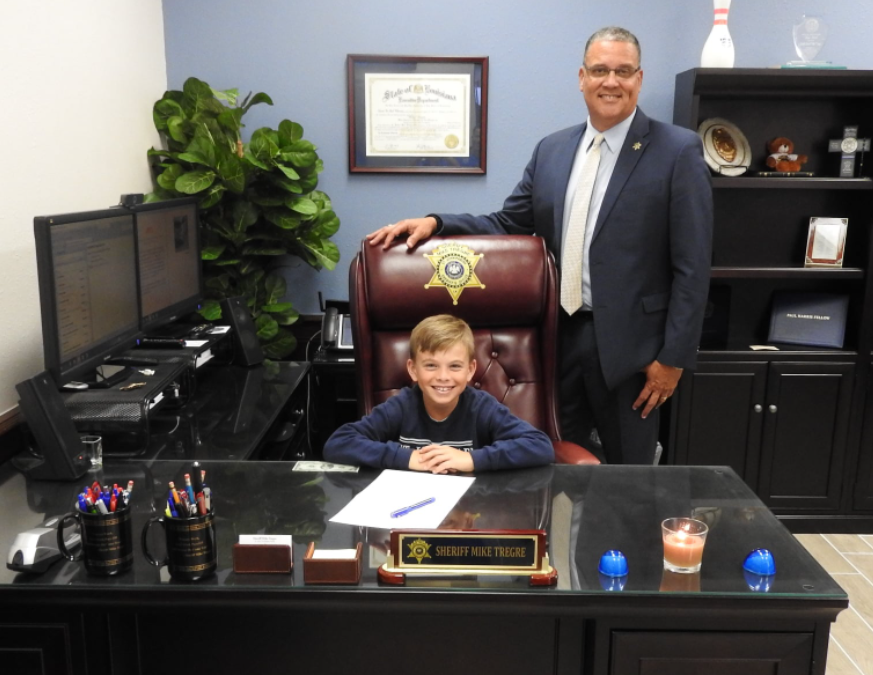 A new sheriff was in town April 27, 2022. Cooper Cancienne, a third grader at St. Joan of Arc Catholic School in LaPlace, took charge of the St. John Parish Sheriff’s Office when Sheriff Mike Tregre welcomed him as Sheriff for a Day. Cooper won this title for being the top bidder of Sheriff for a Day in the SJA spring fair’s auction.

Sheriff Tregre reported to SJA first thing in the morning to deputize Cooper before an audience of his classmates. Deputy Terence Wilson was on hand throughout the day to escort Sheriff Cancienne in a police unit. Their first stop was the Lloyd B. Johnson Law Enforcement Training Center where the new sheriff enjoyed getting a glimpse of how law enforcement operates. Cooper was introduced to officers during a staff meeting, and then he toured the training center.

His favorite part of the day was wearing body armor and touring the BearCat, Cooper said.

It was a pleasure to share duties for a day with Sheriff Cancienne, Sheriff Tregre said.