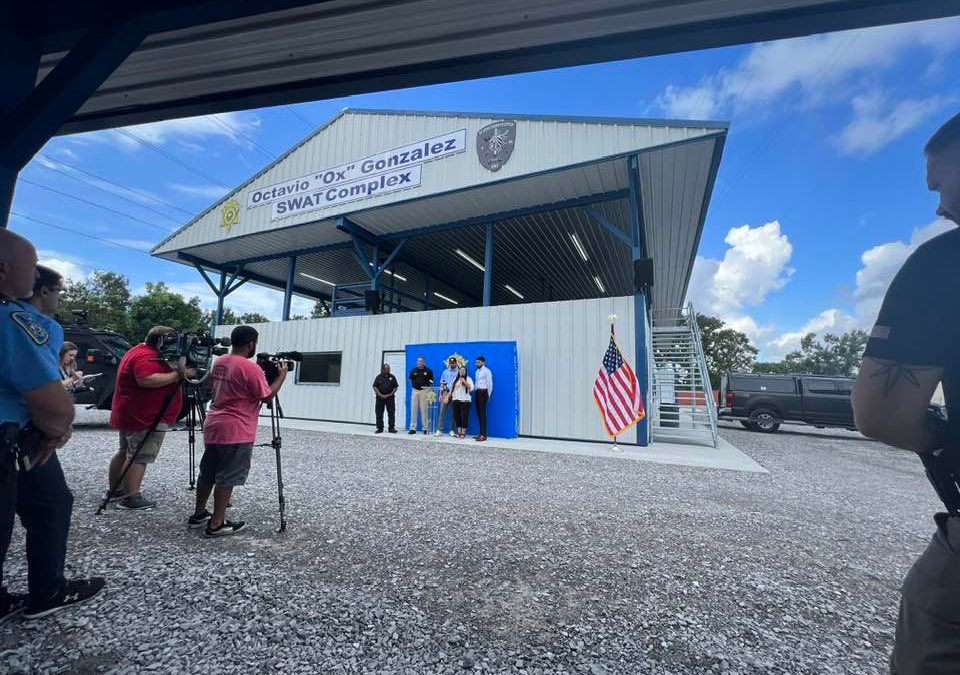 This new 6,000 sq. ft. facility, built behind patrol headquarters, replaces the 18-year-old training area named in memory of Captain Octavio “Ox” Gonzalez, who was killed in the line of duty on June 16, 2006.

Instead of a traditional ribbon-cutting ceremony, two controlled explosive breaches of the doors, initiated by Captain Gonzalez’ sons Alexander and Bryson, were conducted to celebrate the opening of the new facility.

“As law enforcement officers we must train practical and prepare for every criminal acton and reaction for the protection of our citizens,” Sheriff Mike Tregre said. “All too often, we are unaware of what the situation may be, and that’s when good training comes in.”

Gloria Gonzalez, Capt. Gonzalez’ wife, and their sons Bryson and Alexander, and other family members and friends, along with several SJSO officers attended the ceremony.