SJSO Has Boo-tiful Time with the Kids 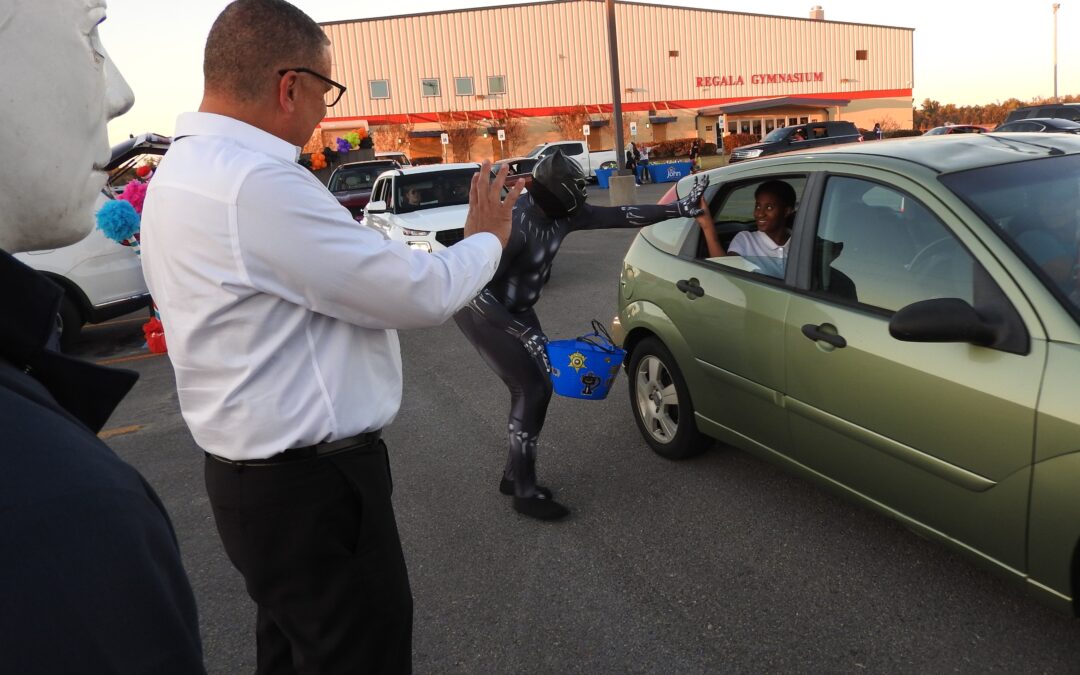 SJSO Has Boo-tiful Tiime with the Kids

Sheriff Mike Tregre and several fellow officers had a Boo-tiful time October 27, 2022 during St. John Parish’s Drive-Thru Trunk or Treat at Regala Gym in Reserve. The SJSO was happy to join other St. John Parish government offices to present this fun event.

Sheriff Tregre and the officers delighted children as they performed as princesses and villains. A few officers also transformed into their Super Hero characters to wish children a happy Halloween.

Other officers enjoyed decorating the units and greeting the children.

All of the officers had a great time handing out bags of candy to hundreds of children who attended the event.

Special thanks to Deputy Ingrid Perrilloux for organizing the SJSO participation and Deputies Ashley Clement and Whitney Edwards for creating the awesome decorations for the units.

Happy Halloween to all! Be safe when you’re out trick or treating on Monday!