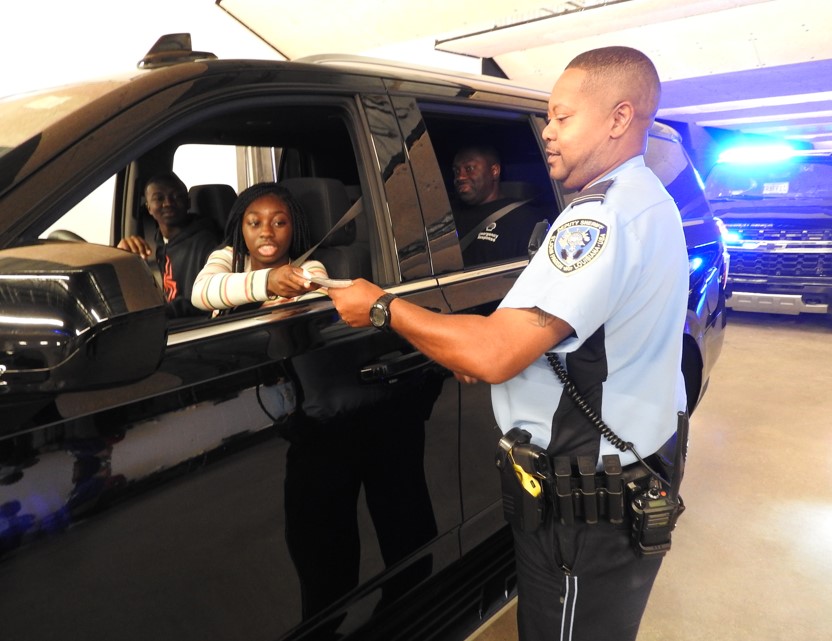 For many motorists, being pulled over by the police can be nerve-wracking. And, it can be especially traumatic for a young, new driver.

To ease those feelings, Sheriff Mike Tregre and several of his officers presented a special class to teach teens how to respond if they get pulled over.

On the morning of December 3, 2002, officers and teens ages 15-18 gathered at the Lloyd B. Johnson Law Enforcement Training Center in LaPlace where a class featuring mock traffic stops was held. Each teen was accompanied by a parent.

The informative and interactive class taught students about their rights, responsibilities, and proper interactions with officers to ensure that traffic stops end safely for new drivers as well as officers.

“…Some people believe, ‘This traffic stop might be my last day on earth,'” Sheriff Tregre said. “Everybody thinks traffic stops can go that bad, and that’s wrong.”

Each participant had a turn sitting in the driver’s seat of a vehicle while officers simulated a traffic stop. Each parent took a back seat with their child.

Remaining calm, keeping registration and insurance information in a central location preferably on the visor above the driver, rolling down windows, keeping hands visible, and awaiting officers instructions were among the safety rules discussed.

“I want the kids to be able to handle themselves properly during traffic stops,” Tregre said.

Twins Joshua and Kaysen Knight said the class offered them a better understanding of how a traffic stop works.

“I think everyone in high school should take this class because you never know how it is to be stopped by a police officer until it happens to you,” Joshua Knight said. “When we did the fake traffic stop, I didn’t even know what a vehicle registration form was until Major (Tanner) Mangano showed me. I was so nervous, but now I think that I would be more relaxed, if I’m ever stopped by a police officer.”

Kaysen said, “The examples of the different traffic stops were interesting.”

Keyonna Johnson, who brought her daughter, D’Alaya, said the class was a good learning experience.

Sheriff Tregre said he hopes the traffic stop class will ease some of the anxiety of young drivers in the event they are pulled over.

Parents interested in registering their child for the Teens and Traffic Stops class may call 985-359-8968.