SJSO Partners with Toys for Tots 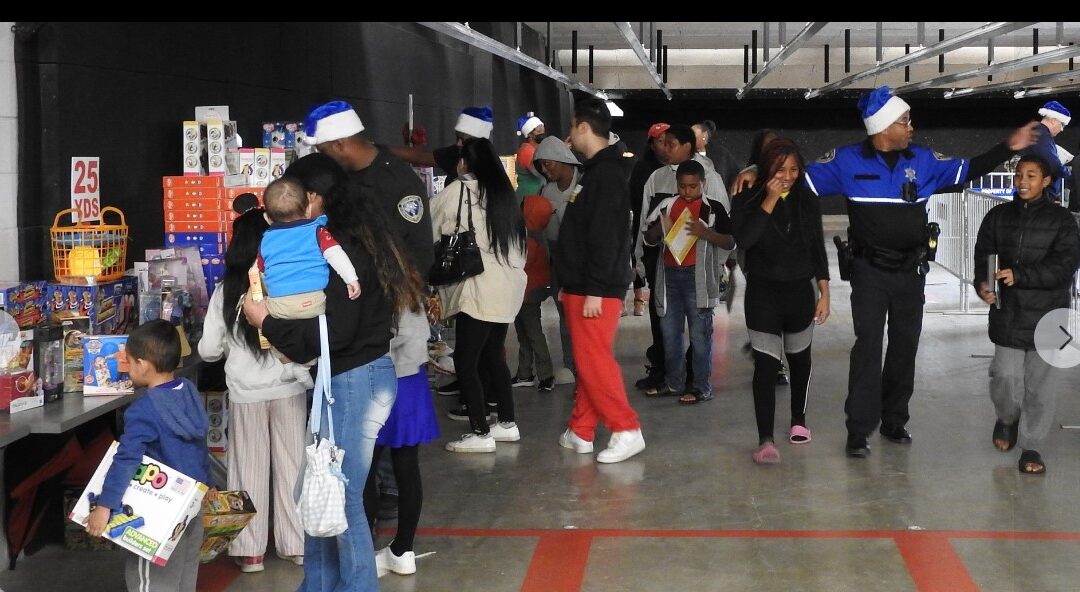 Sheriff Mike Tregre and several of his officers had the pleasure of hosting the Marines Toys for Tots gift giveaway at the West Bank Public Safety Complex in Edgard and the LBJ Training Center in LaPlace on December 17, 2022.

Hundreds of children received toys, and Santa was on hand to take pictures with families. The Grinch, who had an outstanding warrant from Whoville, attempted to spoil Christmas for our local children by stealing a few gifts from the event. As Grinch attempted to escape, officers and Santa made the arrest.

The SJSO was excited to have hosted such a great event to spread Christmas spirit.

The event was coordinated by Deputies Darlene Cooper, Ingrid Perrilloux and Terence Wilson.